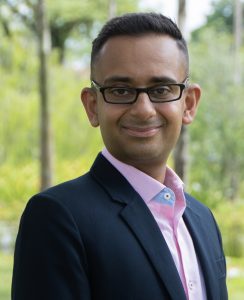 Dr. Krishna Savani is a Professor of Management at the Department of Management and Marketing at The Hong Kong Polytechnic University. Before this, hew was the Provost’s Chair in Business at Nanyang Technological University. He uses cross-cultural comparisons to reveal basic psychological processes that would otherwise go undetected. His cross-cultural research has uncovering novel psychological constructs, such as the choice mindset and the universal mindset. Two of his programs of research document the implications of these mindsets for a wide range of societally important outcomes, including diversity, equity, inclusion, morality, decision making, social responsiblity, environmental action, employee voice, and social policy. Two of his other programs of research focus on culture and judgment and decision making. Finally, his new program of research uses machine learning methods to generate hypotheses to make discoveries in the social sciences.

Dr. Savani has been recognized as a 2015 Rising Star by the Association for Psychological Science, and received the 2016 Nanyang Assistant Professorship award in Nanyang Business School. He has also been featured in the Poets and Quants Best 40 Under 40 Professors, and Singapore Business Review’s 2016 list of 18 influential business professors aged 40 and under. He received the university-wide Nanyang Research Award (Young Investigator) in 2020, and the 2021 Responsible Research in Management award.